Halloween is one of the most expensive and, therefore, most profitable holidays in North America … as well as around the world.

According to the National Retail Federation and Statista, Americans spend about $9.1 billion annually on the holiday — from decorations to costumes to makeup to candy.

It may sound like a trick to hang $9.1 billion in front of a predominately ecommerce audience.

After all, in-store retail commands the majority of that pie: But here’s the treat. When it comes to Halloween inspiration … ecommerce and digital win by a landslide. Though Halloween might not be marked down as one of your big promotional seasons, maybe it’s time you start thinking of it in terms of opportunity.

To inspire you, here are 10 Halloween marketing campaigns from wickedly profitable — and wickedly clever — ecommerce brands:

To make things interesting, Koala invited its fans to scour its website for Halloween easter eggs ... that is, hidden images throughout.

This adds an extra layer of engagement. Why? Because it forces people, fans and potential customers, to go through their website … on purpose.

It invites past and future visitors to really look at the images on their website; to take in the visuals — to scour each image, read every line of text.

Plus, the whole thing — especially the contest — unfolded on social: To make such a campaign really work, the easter eggs need to be clever and smartly placed throughout your site, yet easy(ish) enough for people to be able to spot them so they can take part in the contest.

2. Fanjoy: Sell a Piece of Yourself (Almost Literally)

The last time we wrote about Fanjoy, the company was on track to generate $35 million in 2017 sales and its CEO, Chris Vaccarino, had just returned from a trip to Fiji with Tony Robbins.

“We help influencers become entrepreneurs,” Vaccarino says. “It’s not just merchandise. We’re helping influencers sell a piece of themselves to their audiences and build meaningful connections.” A $9.95 mask — which was marked down to $5 and (if you visit it today) $1 — may not sound like much, but with 776 wishlist adds, a dozen five-star reviews, and a wave of UGC that followed, the point isn’t to create a high-margin, best-seller.

The point is to give fans joy! Oh, and just in case you’re tempted to think the mask isn’t part of Fanjoy’s merchandising masterplan, there’s a host of other influencer-led products seasonally released around the holiday: Never a brand to take itself too seriously, Urban Outfitters made headlines earlier this month with the release of an “Influencer Halloween Costume Set”: Along with viral social media status, this Halloween marketing campaign is earned-media exposure at its finest. You know what they say: “No press is bad press.” Makeup and Halloween go hand-in-hand, and Kylie Cosmetics took this opportunity to create something spooktacular. On the dedicated Halloween page, the brand isn't only selling special edition cosmetics, but the packaging and the naming are also on theme.

Even its social media is on point with themed photos, unique uses for the cosmetics (other than the typical ready-to-wear), and sharing images of how makeup artists are using the Halloween Collection.

Beautiful mix of mattes and metallics in the #Halloween18 collection launching TOMORROW! 🎃🍁👻 @sosforbeauty

Dressing up for Halloween is the best part (arguably better than the candy). Fashion Nova is going all in on outfitting women, men, kids, and even dogs with special promotional pricing. What’s more, Fashion Nova's stories on Instagram, videos on Facebook and Twitter, and photo collections of its costumes are all accompanied by catchy one-liners like “Boo’d up,” and “Too cute to spook,” and some NSFW.

Together, the Halloween marketing campaign is a multi-channel ecommerce masterpiece of being on brand, especially the NSFW captions.

It’s not enough to have a sale or join in on the holiday fun … only on your site.

Purple is known for its out-of-the-(mattress)-box campaigns and this is no different.

Not your traditional Halloween theme, the folks at Purple — and its agency, The Harmon Brothers — have played on the theme of scary to bring to light the real monster: Sunday nights. What’s truly scary about Sunday nights is they’re the gateway to impending back-to-work Mondays. And, without a goodnight’s sleep … that’s just horrifying.

These videos might not be what you expect of a Halloween campaign, but it’s perfectly on brand for Purple: taking a concept and pushing it to a strangely wonderful place. They even strategically placed photos of the Purple Boys on its Instagram feed to show the full set. The common theme with these Halloween marketing campaigns is they extend each brand’s ethos. Purple is just an extreme example of this at work.

The online sunglass store has a spooky surprise for everyone. Click — if you dare — on the Death Tarot from the homepage to reveal your fate.

Okay, not really … but we’re just playing along.

Once on the Halloween page, you can get your future foretold by the sunglass-wearing skeleton fortune teller.

Although you don’t actually have to go through the process to redeem the up to 70% discount site-wide, it definitely makes it more interesting. What’s great is that you don’t expect something like this from an online sunglasses retailer!

7. Jeffree Star Cosmetics: Making Everyone Feel Like A Queen

No matter who you are, one thing is undeniable: makeup makes you feel like a queen.

The folks at Jeffree Star Cosmetics know this to be true. So much so, in fact, the company shares its fans’ photos and videos on its social media feed.

The other undeniable fact about makeup: most costumes worth their salt have solid makeup to truly bring the look home. And sometimes the makeup is so on fleek you don’t even need a costume because it stands on its own.

Sharing how your fans are using your product is one of the best ways to do social media right. Not only does it invite creativity, but it also incites fans to keep posting about your product and brand. It’s a win-win that never ends.

Ring, the video doorbell, has a new feature just in time for Halloween: scary and spooky chime tones.

The scariest holiday of the year is coming, and we have a special treat for you. Create a spooktacular atmosphere at home with our Halloween chime tones, now available on your Ring Chime and Chime Pro.⠀ ⠀ To change your chime tone, simply follow these steps:⠀ 1. Open your Ring app, and tap on your Chime or Chime Pro.⠀ 2. Tap on "Chime Tones", and you'll see a list of new Halloween-themed tones from Spooky Organs to Creaking Doors.⠀ 3. Select your favorite chime tone, and tap on "Save Changes".


Like ghosts fluttering around, a wolf howling at the moon, or bats scattering about, these chimes are the perfect addition to any Halloween-friendly house.

So maybe not a Halloween campaign, but this one gets an honorable mention. Because what could possibly be better than having spooky sounds come from your video doorbell when kids come knocking? Because really, doorbells and scary sounds go together like trick-or-treat.

9. Target: An Inclusive Halloween for All

Heartwarming and Halloween don’t always go together, so this is probably a first. In its Halloween flyer, Target included a young girl with braces as Princess Elsa. Because princesses come in all shapes and sizes! The Halloween lesson here is that not all campaigns have to cost crazy amounts of dollars. The best campaigns are sometimes the most obvious or the subtlest ones.

10. Tesco: Welcome to the Spookermarket

Like a needle in a haystack, two of the nearly 7,000 Tesco supermarkets will turn into a seasonal spookermarket for Halloween.

Carts that move on their own, heads hiding behind toilet paper, frozen hands, and more frights await unsuspecting shoppers.


What makes this campaign great is the unexpectedness of it. Prior to this, no one really expected a supermarket to offer up some laughs and starts, not to mention it’s not in all of Tesco's stores so you really don’t know until you fall prey to their pranks.

The game is well played because it’s just scary enough to make you laugh-scream, but not scary enough that your kids will run away and have nightmares for months. Which is the trick when your customers are quite literally all ages.

Leave it to our friends across the pond (the U.K.) to come up with an incredible Halloween campaign.

You could argue Burger King was riffing off Stranger Things, or even the recent success of the It movie reboot. But really, the restaurant was probably appealing to its competition’s mascot (eg. the golden arches’ clown) and inviting them to change fast food teams.

This somewhat creepy commercial plays on all that’s great with holiday marketing campaigns: joining in on the joke, speaking the pop culture lingo, and being memorable.

Halloween is definitely a more playful holiday, so if you’re going to take part and spend the budget, make sure you have fun with it. Don’t be afraid to go all out because that’s usually what gets customers talking (and sharing).

🎃 Bonus 3: The Ghost of McDonald’s Past

This one was too good not to mention …

In another twist of the knife, a Burger King store in Queens, New York, dressed up as the ghost of McDonald’s. The holidays, all holidays, are always a great time to connect with your customers on a more personal level. Halloween can be a time to bring out the scary, the surprises, the games, or whatever you want really. You can celebrate this holiday with your audience in whatever way works best.

As one of the most underutilized holidays as far as marketing goes, this is every brand’s opportunity to shine. Take advantage of the billions being spent (in the United States alone) to draw your audience closer. Almost anything goes when it comes to Halloween marketing. 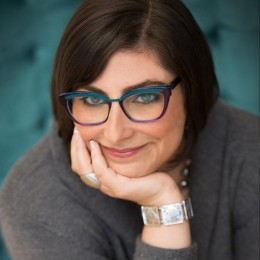 Karine Bengualid is a freelance copywriter (and Sesame Street enthusiast) at Brought to you by the letter K. She writes audience-specific stories to connect brands with their ideal customers. Karine brings her special spice blend (2 cups of research, 1 tbsp of detail, and a dash of chutzpah) to her style of copywriting. When she’s not busy stringing your perfect words together, she’s building her animal rescue, Maison Misha. Connect with Karine on LinkedIn and let her bring your story to life.