After successfully migrating Character.com from Magento to Shopify, the team at Bluegg say their biggest takeaway from their second ecommerce project ever was that they bit off more than they could chew...but in the best possible way.

“It was a steep learning curve for sure,” explains Bluegg web developer Matt Jackson. “But now, I wouldn’t be scared of taking on pretty much any Shopify project, because we learned so much on this job.”

Character.com had a complex online store, with a number of Magento integrations, thousands of products, and solid SEO rankings not to be messed with. Despite its crummy UX, mobile experience, and site navigation, the business’s client base were loyal and loved the products.

“I think there was a lot of pressure on us, given that the merchant had a successful site already,” Matt says.

In the business of branding and web design for over 14 years, the digital agency based in Cardiff, UK had their work cut out for them.

But not only did the team get a double dose of ecommerce education with the re-platforming, they also helped improve the site’s overall conversion rates by 40 per cent, and watched Character.com upgrade to a Shopify Plus plan only three months after the relaunch.

You might also like: From Debt to Dollar Bills: How One Sri Lankan Teen Transformed His Life With Freelancing.

As the name suggests, Character.com is an online retailer selling character-based clothing for kids and adults.

“Whether it’s Peppa Pig pajamas or Sleeping Beauty slippers, you can find all the most popular characters on the site,” Matt explains.

Before moving to Shopify, Character.com was performing well and sold its products through a number of online channels, including its own dedicated site. But the merchant wanted to become less reliant on third-party marketplaces, increase brand awareness, and make Character.com the “go-to place” for character clothing.

That’s when they approached Bluegg.

“It was definitely already in the Director's head,” explains Tom Lloyd, Bluegg’s Creative Director and the project’s manager. “I don't think he had made a decision, but he was very open to being convinced that it was a good idea to move to Shopify.”

Despite being Bluegg’s second-only ecommerce project, the agency felt confident they could deliver what their client needed, based on their background in UX design, web development on various platforms, and other digital work in their portfolio.

Character.com had recently refreshed their logo, but agreed to jump into a full redesign, restructure, and rebuild of the site with Bluegg’s help.

Tom explains that there were three key problems his team was trying to solve with the redesign and rebuild:


When it came to pitching the replatform — the biggest part of the project’s puzzle — Tom says dealing with a merchant who was ready to make a change was helpful. But, there remain some key basics to keep in mind when pitching such a huge undertaking to a merchant:

The approach to design and UX

From a design and UX point of view, the site required a complete overhaul.

“Basically, the biggest problem with the old site was that it looked really out-dated,” Tom explains.

As one of their first major ecommerce projects, there was a lot to learn for the team. Bluegg’s lead web designer Peter Dyer looked for inspiration by analyzing what some of the best ecommerce sites in the business were doing. They eventually decided on a vibrant yet simple look and feel that put the products center stage.

From a design point of view, it was about trying to distill the website down to the best bits.

“From a design point of view, it was about trying to distill the website down to the best bits,” Peter says. “Batman, Avengers, Peppa Pig — they all look lovely as design elements themselves, and we thought we should let that stuff sing.”

The team decided to design mobile first, which led to making important decisions on the structure of the site. Oddly enough, close to 60 per cent of Character.com’s traffic was on mobile, despite the site being non-mobile friendly.

“Their conversion rate for a non-mobile website was ridiculously good,” Tom says. “That gave us a bit of confidence, because if people are coming onto this site on mobile, and still buying stuff, they must really like the product."

The Bluegg team started off with some user research and analyzed the site’s users. Because the merchant had a large customer base, with typically a high number of orders, the team had a lot of data they could play with in Google Analytics, such as gender and age.

“We basically found out that the majority of people were ladies, and they generally were slightly older, as well, because they were buying for nephews, for nieces, and for grandkids,” Tom says.

With a clear idea of the audience, Bluegg was able to test different UX patterns in InVision to prototype a range of user journeys, and narrowed in on the best approach to categorization and finding products.

“At that point, we decided to reduce the primary navigation to four items, allowing us to show the full navigation on mobile, rather than hiding it away in a drawer,” Tom explains.

To reduce the length of the site on mobile, Bluegg utilized a horizontal scrolling pattern with ‘peaks’ to show content that was off page. This gave the team the chance to use some rich images without sacrificing page length.

Overall, Tom maintains the biggest design and UX challenge his team faced was ensuring a solid return on investment for their client. Because the site was already performing extremely well, they needed to ensure that a major redesign wouldn’t have an adverse effect, even if it did look and function better in the end.

“It was quite possible that we might lose traffic if the site gave the wrong impression by looking ‘too premium’ or high end. We did a lot of user testing during the design process to make sure we hit the right balance.”

Importing the existing product data from Character.com’s custom Magento setup was a complex job, in large part due to the amount of custom work on the Magento site. The Bluegg team decided to write a custom import script, using Magento and Shopify APIs.

As the project’s web developer Matt explains, Bluegg got a version of the Magento site running locally.

“That way, we didn’t have to fire a long-running, database-intensive process on the live site. Once we had this, we wrote a complex script to map the existing product data to the fields Shopify needed in its CSV import,” Matt says.

Using this exported data, and with a little bit of trial and error, they were able to move the products to Shopify with relative ease.

“It also meant we could take the most current version of the product database as late as possible, before launching the new site, meaning the client could continue to add new products right up until launch day,” Matt adds.

Bluegg also used this process to import Character.com’s existing customers to Shopify, a process made easier by having already moved the product data.

Advice on replatforming from Magento

Migrating the site to Shopify was a highly custom job for Bluegg. With this in mind, Paul Goodfield, a Bluegg web developer who oversaw the migration, gave his best pieces of general advice for migrating a shop from Magento to Shopify.

Overall, the team says the migration was a steep learning curve, with some trial and error. But at the end of the day, the challenging new experience helped them all grow professionally.

I think one thing that we have learned is that no two replatforming projects are ever going to be the same.

“I think one thing that we have learned is that no two replatforming projects are ever going to be the same,” Matt says. “Learning a new technology is hard, so the best way to learn is to throw yourself into it, and trust that your expertise will guide you through.”

Character.com launched their rebranded and rebuilt website at the end of July 2016. By mid-October, they had increased overall conversions by 40 per cent.

A fresh-looking website with simplified user journeys, paired with better site navigation, and improved product discovery helped desktop conversions increase by 40 per cent. On mobile, the presence of a user-friendly mobile experience, coupled with a simplified checkout, increased mobile conversions by 65 per cent.

Overall Tom says the migration to Shopify and the more trustworthy branding and design of Character.com helped conversions increase.

The significant bump in revenue meant Character.com could upgrade to Shopify Plus — a great win for the Bluegg team.

In addition, the site’s bounce rate decreased by 10 per cent, the average order value increased by nearly 17 per cent, and pages viewed per session are up by 33 per cent.

“We're keeping people on the site a little bit longer, and leading them around the products more,” Tom explains.

Growth across the board is up, and while Character.com was doing well prior to the relaunch, when comparing August 2015 to August 2016, revenue is up by 300 per cent.

“There’s obviously natural growth in that, as well as some big one-off sales,” Tom says. “But it also reflects the significant growth since launch date until today, which is an amazing accomplishment for our team.”

As Character.com enters a new phase as an enterprise-level merchant, the team at Bluegg has stayed on as a design partner, and continues to iterate and make improvements to the site.

In sum, taking on a massive challenge for one of their first ever ecommerce builds has not only been a very successful endeavor for Bluegg, but has also pushed the team to trust their ability to learn on the job.

“As an experienced developer or designer, it can be a bit of a struggle to be forced out of your comfort zone,” Tom says. “But you need to have confidence in your ability to solve problems and learn as you go. Because working outside your comfort zone is just part of the job.” 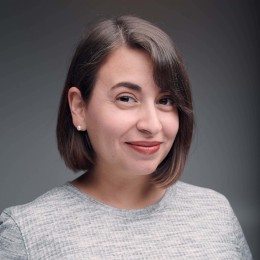