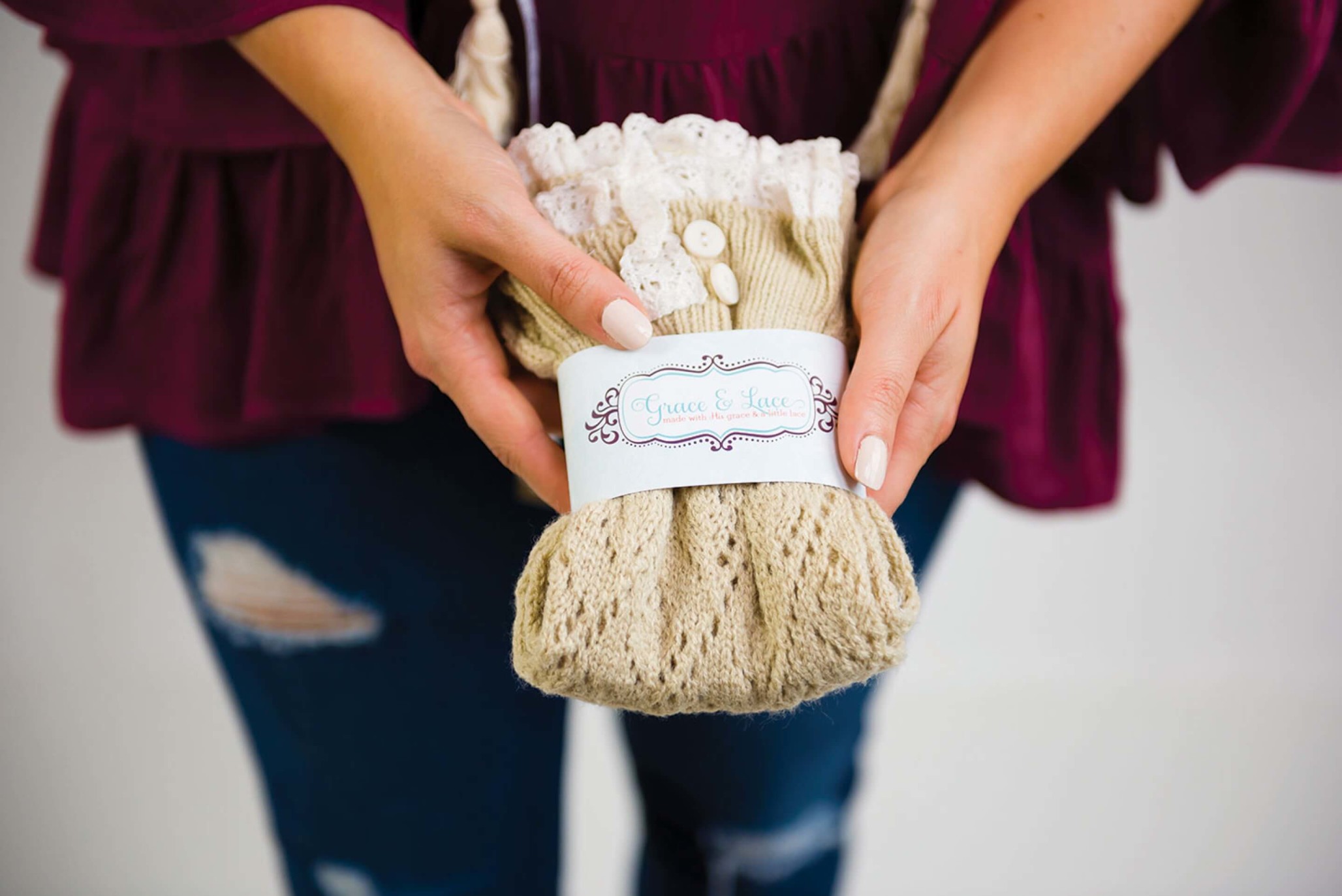 In 2013, already with more than $1 million in annual sales, Grace & Lace founders Rick and Melissa Hinnant snagged a deal with real estate mogul Barbara Corcoran, becoming one of the earliest and most notable “Shark Tank” success stories.

The knitwear line flourished after the couple’s episode aired, but the company always felt held back by the features of its ecommerce platform. In 2019, it was time for a switch. With Shopify Plus, Grace & Lace has enjoyed:

Following its run on “Shark Tank,” business was good for Grace & Lace. There were a few site outages, though largely the company’s ecommerce partner was able to deliver stability in the face of traffic surges brought each time its episode would air.

The problem was in flexibility. For a company like Grace & Lace, which sells about 90% of its products online, the ability to change, to grow, to not feel so limited in its ecommerce operation was paramount.

Even the most basic features, like upselling and cross-selling, were difficult to properly execute. “It was not what we needed,” says Chris Cowden, Grace & Lace’s director of operations. “Nothing ever felt like a great fit. We just knew that we needed to get off the platform.”

In the fall of 2018, Cowden began to see the signs of change. First, it was from a sales rep, a cold call at his desk. Then it was a mention from a LinkedIn connection. A marketing email followed, then a few news articles that appeared in his feed.

“There’s coincidence, and then there’s something beyond coincidence,” Cowden says. He told his bosses: “I think we need to start seriously considering Shopify Plus.”

It was the right time. Grace & Lace was expanding, total sales sailing well over $20 million, and annual revenue for the previous year rising up and above $7 million. The company was at a crossroads. It leaned on Shopify Plus to ensure it took the right path forward.

Flexibility was the name of the game. Grace & Lace was long frustrated by an app ecosystem that did not allow it to operate the way it wished. Now Cowden had access to the Shopify App Store, which he used to breathe new life into the upsells and cross-sells offered on Grace & Lace’s site.

They were key pillars of increasing average order value, but executing them properly had proven an elusive task on the brand’s previous platform. Now Cowden could tailor his site the way the company had wanted all along, without outside developer help.

Grace & Lace appears energized by its new backend partnership. Cowden has found the agility he has long desired, a fully formed ecosystem of apps and third-party sources always available to him. It is new. Forgive him for being excited.

“I’m a huge fan of the new service, ‘cause I need flexibility. I like the set-up of Shopify Plus. I like how it’s a hub-and-spoke model—a core card, and then a lot of functionalities really built around that. I think this is what’s going to help us scale the way that we want.”

It’s all well to say, but the proof will be in the numbers. Cowden has surveyed the new landscape before him. Through careful consideration, Grace & Lace will target 20% YoY top-line growth going forward as a sign it has made the right call in switching.

The bottom line seems to mean a little extra for Grace & Lace, which gives a portion of all its revenue toward building orphanages in India.

Indeed, there is a higher calling—higher stakes to ensure business is done right and is always pointing up.

We’ve had a really good run so far. But we are really just building the foundation for what we hope to be.

Find out how Grace and Lace and top brands are breaking boundaries and sales records with Shopify Plus.