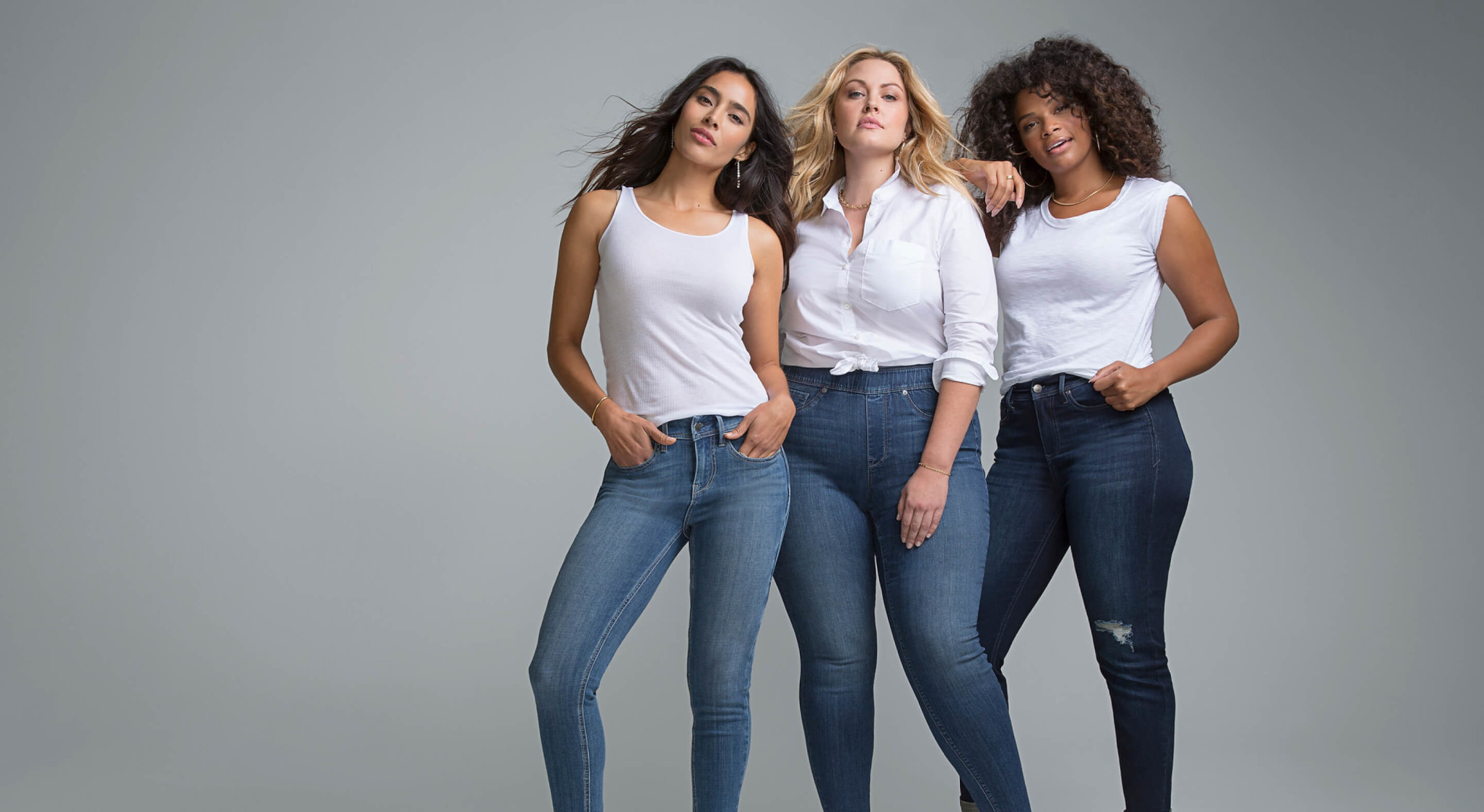 Many of us remember the low-waisted jeans of the ‘90s and early 2000’s with one word: “discomfort.” This feeling is exactly why NYDJ was founded back in 2003, to provide comfortable and flattering jeans for every woman.

While the jeans continue to grow in popularity, changes in ownership over the 17 years of its operation left NYDJ with a legacy ecommerce platform that was expensive and difficult to use. Since replatforming to Shopify Plus, NYDJ has:

Over the years, NYDJ has had multiple changes in ownership, leaving the brand with some inherited legacy issues—the biggest of which being the brand’s old ecommerce platform. While the cost indicated sophistication, NYDJ found that the platform was anything but. It was actually hindering the brand’s ability to innovate.

Steve Morales, vice president of marketing, was asked to come on board and audit the brand. Having worked with both ecommerce platforms in the past, Steve favoured Shopify Plus for how easy it is to use, while still being cost-effective.

As soon as he started the assessment with NYDJ’s existing platform, Morales knew what he was getting into—a platform that’s difficult to manage and time consuming to implement any changes. Not to mention, it came with a large price tag that wasn’t justifiable given how difficult it was to operate.

Even when it came to implementing simple plugins, Morales knew the added functionality would generate incremental revenue, but the development costs required to do so would have been high, making it hard to justify.

One of the first projects I worked on at NYDJ was launching the Afterpay integration with our online store. With Salesforce Commerce Cloud, it would have been a complex three-month, six-figure development. With Shopify Plus, we launched it by the end of the day.

While the clock ran out on NYDJ’s contract with its previous platform, the team started to build the infrastructure needed to migrate to Shopify Plus as soon as possible. NYDJ brought on Shopify Plus partners, including Attentive for SMS marketing, Yotpo for customer loyalty, and Klaviyo for email marketing, to prepare for the migration.

NYDJ set the goal to be completely operational on Shopify Plus in only a few months. That way, it could take advantage of Shopify Plus’ agility for Black Friday, Cyber Monday and wouldn’t have to renew a contract with its old platform.

The timing of the migration also meant NYDJ could save money on its development team and switch to a small agency, which would not only be cheaper but also faster and more responsive to the company’s needs.

We had a specific drop date of Nov. 15, because he knew we would have to write a huge check if we weren’t moved over by that day. We were in the middle of juggling the pandemic with the inherited issues from Salesforce Commerce Cloud, and needed to fully change ecommerce platforms, but the experience ended up exceeding our expectations.

Since migrating to Shopify Plus, NYDJ has been much more innovative while saving money. The brand immediately took advantage of partnerships it had set up during the migration and was able to reduce its total cost of ownership by 65%.

Now, NYDJ happily finds itself in a plug-and-play situation, where any new initiative or functionality it wants to implement can simply be plugged in and is ready to be used. Leveraging the platform’s agility, NYDJ implemented a back in stock app, which has already added extra revenue by notifying customers when products they were looking for are available.

NYDJ is streamlining more of its business through Shopify Plus, which has opened up time and resources for the team to focus on growing the business rather than constantly fixing issues.

Along with Yotpo, Klaviyo, and Attentive, NYDJ also just finished a trial period with plugin Crazy Egg, which is giving the brand excellent insights into customer behavior, and the fashion brand is expanding Narvar to handle refunds and exchanges.

After a year on Shopify Plus, we’ve been able to reduce our total cost of ownership by 60-65%, and any budget we can save on the tech stack, we can re-invest into marketing that can help drive revenue. It’s a win-win.

Find out how NYDJ and top brands are breaking boundaries and sales records with Shopify Plus.