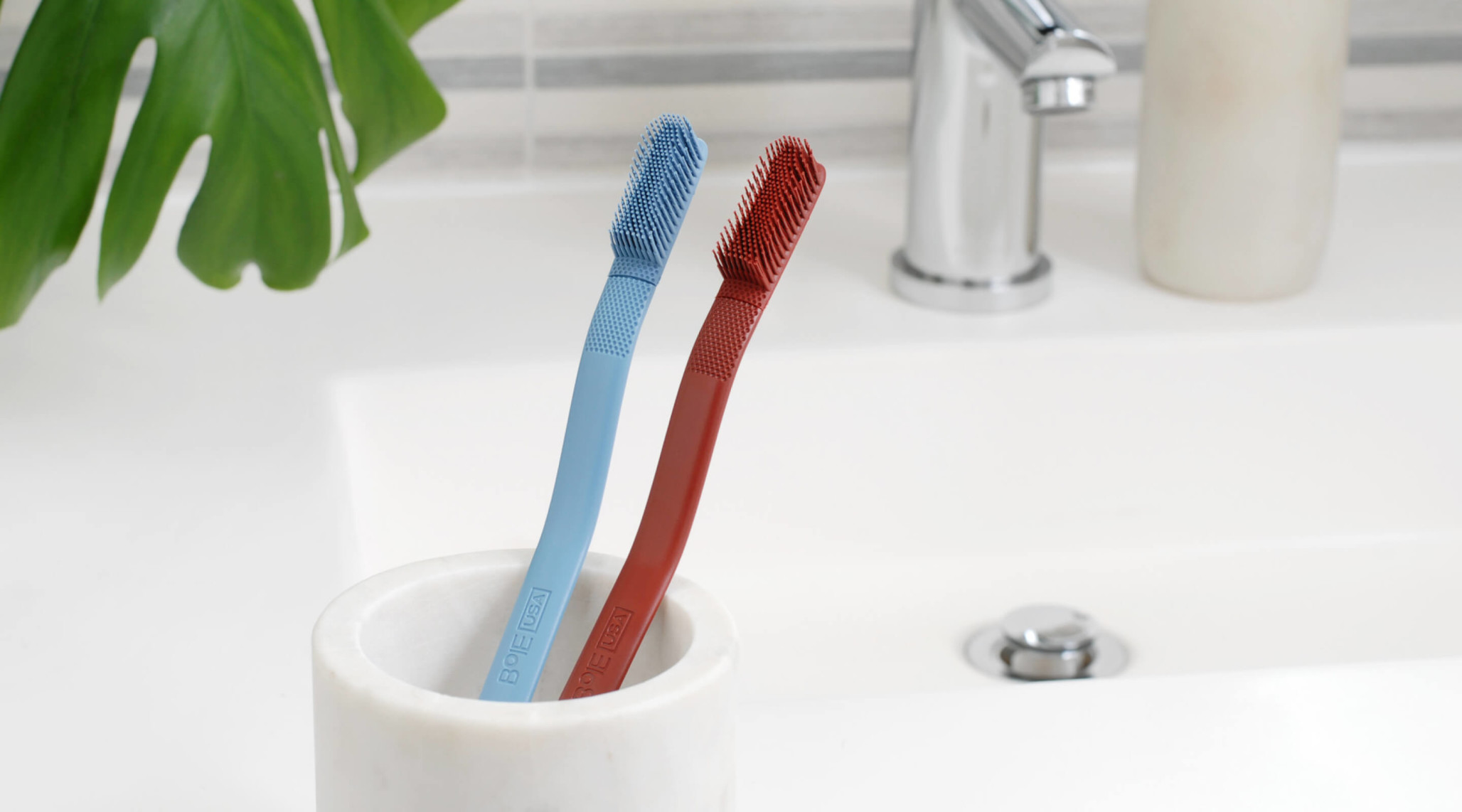 Boie is a company reimagining the personal care industry. In 2015, co-founders Manuel de la Cruz and Luma Grothe decided that disposable products like razor blades and toothbrushes were both wasteful and bad for the environment. They also felt that the companies creating these items had neither the best interests of consumers nor the planet at heart. Feeling they could do better, the duo launched Boie, a company offering toothbrushes and body scrubbers that are built to last and easy to recycle.

Boie started with Shopify as its ecommerce solution from day one. But as the company steadily grew, de la Cruz began to realize Boie needed some additional ecommerce tools and a more flexible website. So the brand upgraded to Shopify Plus, also upgrading its business in the process and resulting in:

Boie’s sales steadily increased—from $231 in the first month to $1,100 the next to $4,000 the month after that, continuing upward—and its eco-conscious products showed real appeal to customers concerned about the environment. The company was also starting to get some early press attention and that, combined with an increased media spend, was leading to a dramatic increase in traffic.

Shopify’s basic service, including its easy to set-up templates, was perfect for a new business founded by two people with, admittedly, no ecommerce experience. But sales were increasing so steadily that de la Cruz knew the company would soon outgrow its ecommerce tools, and wanted to project an image akin to larger brands, like Warby Parker and Harry’s.

Aside from wanting more flexibility for its website, Boie’s goal was to improve two things: conversions, especially for those with abandoned carts, and SEO, to get more traffic.

When we switched over to Shopify Plus, I wasn’t used to having a [team of] representatives on our account, so I didn’t use [them] at first. But little by little, I had more questions. [They’d] recommend things I wasn’t even aware of.

Shopify Plus showed Boie how it could increase its conversion rate through stronger branding, such as an improved product page, with more prominent buttons, and uniformly applied colors and fonts in keeping with its brand.

“A big thing was adding reviews to our website,” says de la Cruz. “I think seeing other customers’ experience with our products helped increase our conversion rate.”

With help from Shopify Plus, Boie began creating useful content for its customers, such as guides on how to use its products. “We also did little things like better meta titles on our pages and changed our copy to not only what would convert customers, but what would bring new customers in. We literally Googled ourselves to see what was working.”

Boie had outgrown the MailChimp email service it started with, so Shopify Plus suggested Klaviyo and advised the company to set up a new series of branded emails to customers who abandon their carts. These emails also offered customers a discount code, something the company had never tried before.

We saw we had a conversion rate lower than the industry average, so we had to use something that was a bit more sophisticated. That’s when we switched over to Klaviyo. We were able to make things a little more on brand.

To say Boie has seen results since switching to Shopify Plus would be an understatement. De la Cruz says sales are now so strong that the company has had trouble keeping up with demand. As a result, Boie has contracted a second factory to increase its output.

Boie saw $1.1 million in sales in 2018. It began implementing its Shopify Plus-provided strategies at the beginning of 2019 and is projected to double its sales to $2 million by year’s end.

In the span of a year, Boie has gone from promising startup to genuine success story. De la Cruz and his team are confident they can continue to build on their 2019 numbers, while also continuing to do their part to help the planet by challenging the status quo of the personal care industry.

Find out how Boie and top brands are breaking boundaries and sales records with Shopify Plus.