Give Back This Giving Tuesday 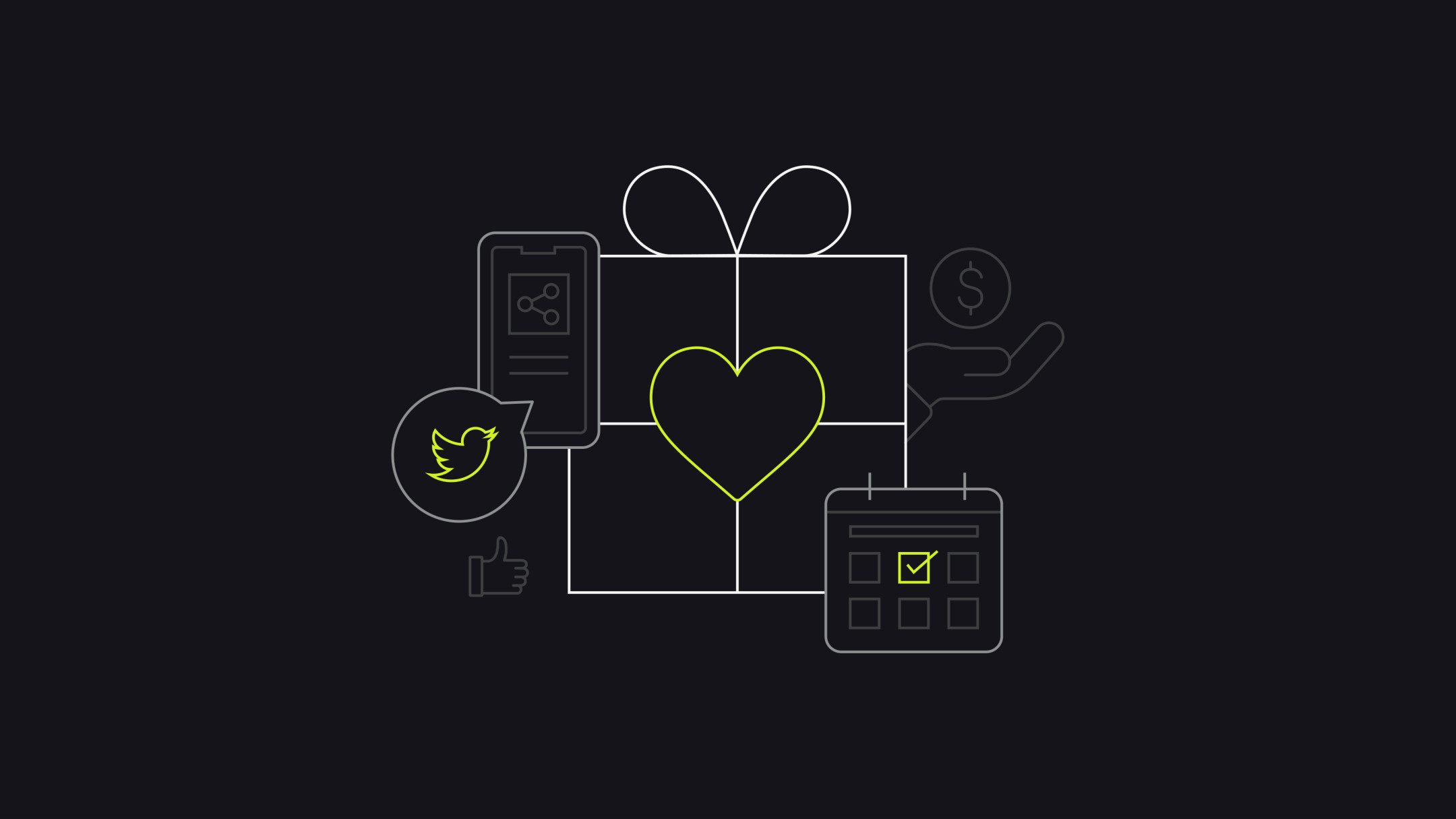 Since its launch in 2012, charitable giving event Giving Tuesday has become a staple in the marketing calendar year, with brands from Microsoft, to PayPal, to Bank of America launching campaigns to support it. Even Tinder has gotten in on the action.

But this year’s Giving Tuesday, scheduled for Dec. 1, 2020, is more important than ever thanks to the pandemic and the growing awareness of social injustices and racial inequalities worldwide. It’s a chance for ecommerce merchants to champion causes they believe in and for shoppers to support their local and global communities

Here’s why you should get involved this Giving Tuesday—and how you can build brand awareness and customer loyalty in the process.

What is Giving Tuesday?

If Black Friday is the official kick-off party for holiday shopping, then think of #GivingTuesday as the ribbon cutting for the charitable giving season. (As one writer put it, it offers the “emotional equivalent of a salve for a holiday-party hangover” for shoppers who have engaged in heavy spending.) It was created by New York’s 92nd Street Y with support from the United Nations Foundation to rectify the disconnect between the holiday season’s two most predominant themes: consumerism and community.

Hosted on the first Tuesday following American Thanksgiving, this year the “global day of generosity” takes place on Dec. 1, 2020. Although it directly follows Black Friday and Cyber Monday, it’s a very different beast; on Giving Tuesday, people aren’t just encouraged to donate money—they’re encouraged to give their time, talent, voice, and goods to those in need.

In the eight years since its inception, Giving Tuesday has fully harnessed the power of social media to bring people, brands, and charities together in altruistic activities and philanthropic giving. Last year, Giving Tuesday raised $511 million online in the U.S. alone.

While Giving Tuesday has been around for less than a decade, the final month of the year has long been a critical time for non-profit organizations and charities, as it’s when donors are more liable to give. Not only is it the last chance to get a charitable tax receipt, it’s when many people are making a last-ditch effort to weasel their way onto Santa’s “nice” list.

All joking aside though, people are more likely to think of those in need at this time of year, whether that means volunteering a soup kitchen, shoveling a neighbor’s driveway, or reaching into their wallets. In fact, according to research conducted by World Vision, 63% of Americans—or about three in five—make a charitable donation in the last two weeks of the year.It’s also estimated that organizations receive one-third of their donations for their year in the month of December.

But this year’s Giving Tuesday is unlike its predecessors because quite frankly, it’s been a year. We’ve already been asked for money—a lot. We started out with disaster relief efforts for catastrophic Australia’s bushfires. Midyear, we made donations to social justice and advocacy organizations when the Black Lives Matter movement gained momentum. Then, there were all the political fundraising campaigns for the US presidential election. Feeling tired already? If it’s not COVID-19 making you feel weary, then perhaps you’ve come down with a case of donor fatigue.

As if that wasn’t enough, Giving Tuesday also arrives at a time when corporate and individual budgets for charitable giving may be lower than usual.

Yet, some experts think Giving Tuesday 2020 may be the biggest one yet. WholeWhale, a social impact digital agency, predicts that over $605 million will be raised online, about $100 million more than last year. And according to research by online fundraising software platform Classy, 39% of people plan to give more in 2020 than in prior years, with one-third of respondents saying it is because societal needs seem greater this year.

There’s a number of reasons to think they might be onto something. First, there’s an increased awareness of the day, partially thanks to #GivingTuesdayNow. A one-off event hosted in May 2020 in response to the pandemic, it raised $503 million in online donations with social media activity in 145 countries worldwide.

Then, there’s a growing backlash against Black Friday promotions, partially spurred by concerns about climate change. REI closes its store on Black Friday, giving its employees the day off to spend outside, while B-certified footwear company Allbirds plans to raise its prices by $1 this Black Friday. In turn, it will donate $2 for every product sold to Greta Thunberg's youth-led climate movement Fridays for Future. Shopify Plus merchant A Good Company is also forgoing the sale—instead, it’s hosting “A Green November.” A flat discount of 15% is being offered throughout the month, with one tree planted per every €10 spent.

Most importantly, as GivingTuesday.org points out, the event is an opportunity to build social connectedness and kindness virtually, at a time when safe social distancing remains paramount.

Why should brands participate in Giving Tuesday?

“Giving Tuesday can be a powerful tool that serves marketing objectives,” Trisha Spillane, brand communications director of online retailer (and Giving Tuesday participant) Rue La La told Retail Dive. “[It] elevates the consumer’s perspective of the brand, and gives them a sense of pride when they choose to invest in your product.”

Rather than being designed to drive sales, participating in Giving Tuesday demonstrates to your customers and employees the value systems that drive your business. This, in turn, may foster loyalty: 72% of Americans say they feel it’s more important than ever to buy from companies that reflect their values, while 76% say that supporting companies that are addressing social and environmental issues help them feel like they’re doing their part.

The timing is also perfect. The event is on its way to becoming a household name; last year, 13% of the American population participated in Giving Tuesday in some way. Yet, when ShoppingGives surveyed 650 B2C brands in 2019 about their plans for the charitable giving season, it found that only 2% featured give-back messaging in their emails, while only 6% has messaging on their homepages related to Giving Tuesday or other initiatives.

Translation? It’s not too late to be considered an early adopter, with your support of Giving Tuesday helping to differentiate your store from its competitors.

To get started, GivingTuesday.org offers plenty of resources for brands, including ecommerce merchants and small businesses.

Here are a few examples of ways you can get involved and show your support:

Whatever you choose to do, don’t forget to use the #GivingTuesday hashtag in your promotions and make your call to action—whatever it might—clear in any communications.

Finally, remember that for your store to resonate with customers and feel authentic (rather than just green-washed or woke-washed), philanthropy and giving back to the community shouldn’t be limited to just one day of the year. It should be a long-standing commitment and testament to the values that you hold.