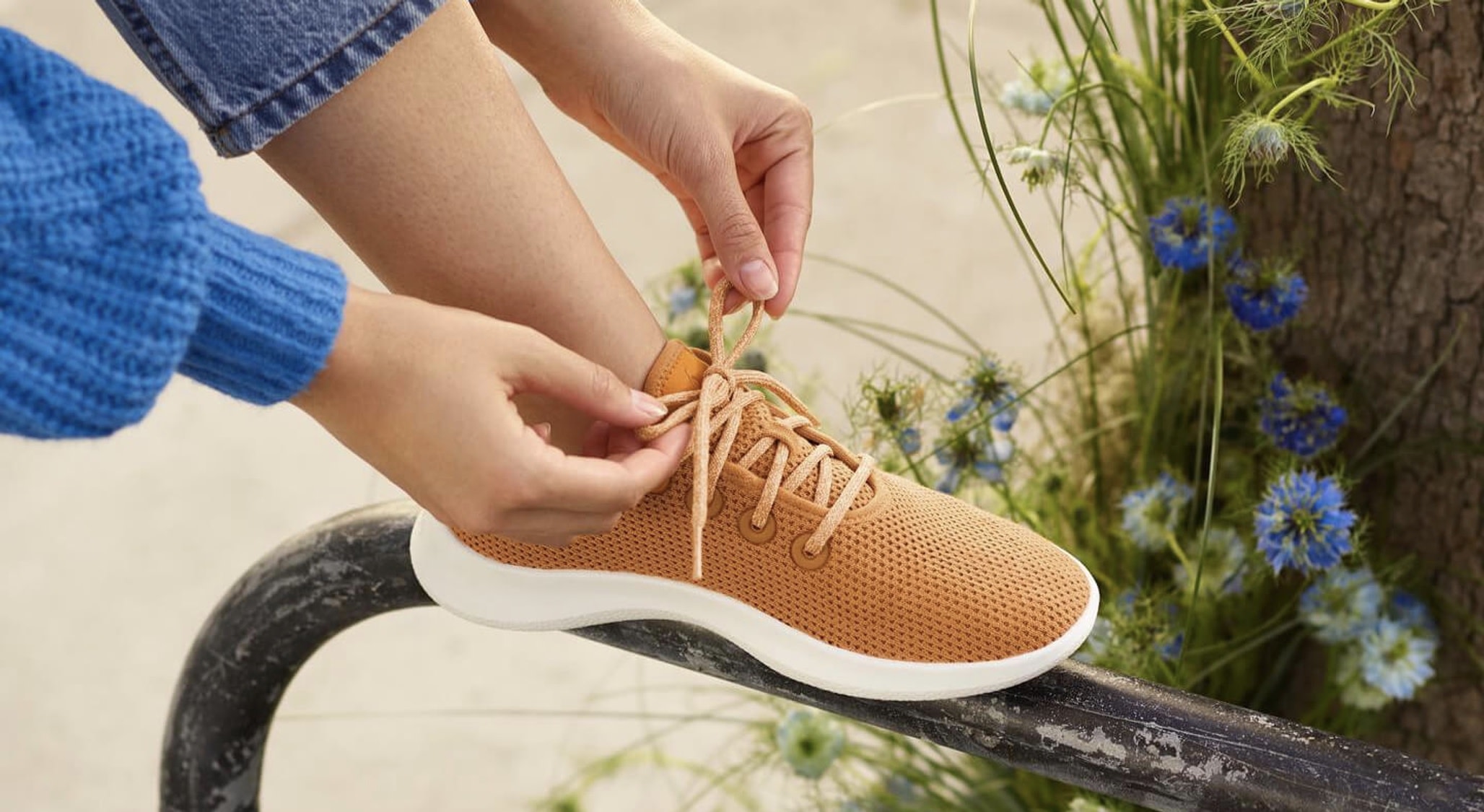 There are few brands in the world of start-up fashion and apparel that have been quite as minted as Allbirds, a true vertical retail darling that reached a reported billion-dollar valuation just two years after its founding.

Its products are known as the world’s most comfortable shoes, but as Allbirds stepped off its website and into the real world, it needed just as cushy a retail experience for its customers, too. With Shopify POS (point of sale) helping run its omnichannel business, Allbirds, now with more than 20 stores globally, has enjoyed:

Keep reading this case study to find out why Allbirds chose Shopify Plus as its commerce partner.

Allbirds’ official launch came in 2016, when for the first time the wool sneakers made famous on Kickstarter became available on the brand’s new website. Later that same year, Allbirds began testing the waters at an in-store experience with a retail pop-up in San Francisco.

From the beginning, Allbirds’ retail efforts were powered by Shopify POS. Soon, Shopify POS was behind all 11 of Allbirds’ U.S. locations, and most of its 10 global stores—from London to Auckland to Tokyo.

Allbirds needed many things from its POS system, though two stood out as the company’s retail presence began to take off.

The first: A system that was nimble enough to handle its peak retail foot traffic. At less than 1,500 sq. feet each on average, Allbirds’ retail stores are not quite market stalls, but they aren’t exactly JC Penneys, either. At its New York City location, for instance, the brand can see thousands of customers each day. To check them out in a small space in the right way, Allbirds needed a POS system that could be multiplied more than a dozen times over, move around the store with its associates, and process transactions wherever customers were.

The second: improved omnichannel capabilities. Leveraging Allbirds’ customer data was key to offering a smooth shopping experience, but it also needed to be used as a tool—to inform inventory decisions, and also help convert in-person customers when their desired products weren’t available for immediate purchase in store.

Shopify POS is super intuitive. As we hire folks who may not have retail experience, there’s no complex instruction manual. Compared to traditional point-of-sale systems, it’s very simple.

To effectively move customers through its limited store spaces, Allbirds knew it could never rely on a traditional retail setup, with lines of shoppers waiting for one of the front tills to free up.

Instead, it trained every one of its store associates to use Shopify POS, enabling Allbirds to multiply the checkout systems it could use and where it could use them. “You can learn how to use the system very easily in a matter of minutes,” says Boyce. Suddenly, every inch of Allbirds’ sales floor was theoretically an opportunity to check out a customer anywhere in the store they happened to be.

Ahead of the 2019 holidays came the real test. It was going to be a busy time at Allbirds’ stores, that much was sure, but the company wished to test a new omnichannel process to boost its conversions.

Traditionally, when customers requested a product a store didn’t have in stock, a store associate could use the POS system to email the customer an online shopping cart link to use later to check out on their own. But for Allbirds this was an undesirable option. “It just creates more friction and reduces conversion for customers if they have to do that,” says Boyce.

Instead, Allbirds used its Shopify POS to enable buy in store, ship to customer technology—what Boyce calls an “endless aisle.” If a customer arrived at one of its locations seeking an uncommon product—a yellow pair of wool runners in size 14, say—an Allbirds associate could process the transaction right there on the store floor, taking payment and communicating with its warehouse to ship the shoes directly to the shopper.

If that customer had previously shopped with Allbirds either online or in store, the company would have shipping and billing information accessible from all its channels, speeding up the transaction and improving the customer experience that much more.

We evaluated some of the old-school guys, knowing we’d get the traditional POS that can handle some complexity right out of the box. But we would’ve sacrificed a ton on innovation if we hadn’t stayed with Shopify POS.

Soon enough, Allbirds’ store floors were humming with activity. Even with thousands of shoppers churning in and out of its doors, the company’s associates used up to 18 Shopify POS systems running in each store at once to complete transactions in seconds.

Buy in store, ship to customer was also proving its mettle over using emailed shopping cart links. “That allows for a much higher conversion than if we tell them to go back to their home and order it when they get back,” Boyce says.

The conversion gains were real, but so were the insights Allbirds could gather about what its shoppers were buying and asking for in store. “We now have a measurement of the number of customers that are coming in to buy something we didn’t carry in the store that we otherwise wouldn’t have data on,” Boyce says. “It helps us better inform inventory decisions.”

With smarter inventory insights and the ability to still keep conversions high when certain products weren’t available in store, Allbirds found it could keep its retail locations intimate, and not require sprawling spaces merely so that it could store containers full of goods onsite.

It added up to a true omnichannel output, where Allbirds had a unified home for all its customer information and a unified experience it could offer all its shoppers without the need for complex and expensive back-end systems. “If we were to break apart our point-of-sale and ecommerce systems, we would have to create a patchwork of different systems that would be costly and painful to implement and maintain,” says Boyce. “It probably would still be lacking that single view of the customer that we get with Shopify Plus.”

With Shopify Plus, we have our point-of-sale and ecommerce systems under one umbrella, which serves our ultimate purpose of being an omnichannel retailer and viewing the customer as one customer—no matter where they shop with us.

Looking for more customer case studies? Head over to the Shopify Plus case studies homepage.

Find out how Allbirds and top brands are breaking boundaries and sales records with Shopify Plus.