Why Dr. Squatch took their commercial to the Super Bowl 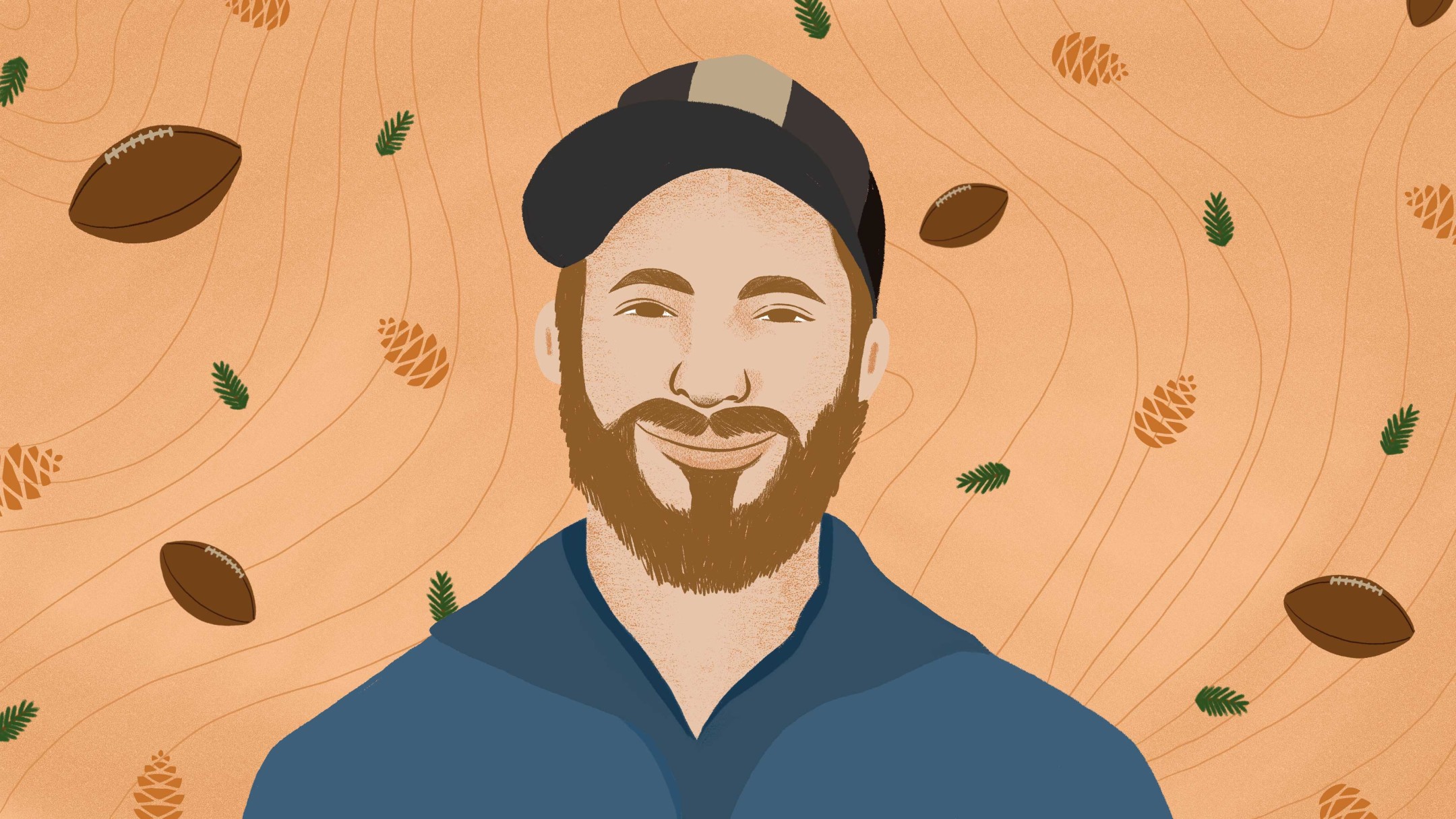 Every year, millions of sports fans flock with snacks in tow to bear witness to the most-watched sports event on television: the Super Bowl. Even if you aren’t a sports enthusiast, you probably watch for the ads, half-time show, or even just show up for the food.

When this year’s Super Bowl was well underway, Jack Haldrup, CEO and founder of Dr. Squatch, had a slightly different viewing experience than most. Haldrup was about to unlock an achievement that is typically reserved for his larger, CPG competitors: he was about to watch Dr. Squatch’s first-ever Super Bowl commercial.

Dr. Squatch is a California-based men’s natural soap and personal care company. When you think of natural soap, you might think of the kind that’s found at a farmer’s market. But Dr. Squatch has changed that. (And, ironically, a trip to a local farmer’s market to find a soap that wouldn’t worsen or agitate his psoriasis was part of Haldrup’s initial inspiration for Dr. Squatch.)

“It was never about just re-creating that product,” Haldrup says. “It was always about making it more available to guys who hadn’t been as exposed to the product and explaining why natural soap is a better choice.”

Dr. Squatch has successfully flipped a narrative on natural soap for men. Their catch-phrase, “You’re not a dish. You’re a man,” emphasizes the often-overlooked harsh chemicals and non-natural ingredients found in men’s soap. They’ve also expanded beyond soap and introduced natural hair care, deodorant, toothpaste, and more into their product offering. The branding and positioning of Dr. Squatch is, in itself, a lesson in marketing mastery. One which has garnered the company over $100 million in revenue in 2020 and over 350% year-over-year growth in the past 2 years.

A few weeks after the game, I spoke with Haldrup and Josh Friedman, Dr. Squatch’s chief marketing officer, to talk about why they decided to go all-in on their first-ever Super Bowl commercial and how it has propelled the brand into a new and unforeseen world of opportunity.

This interview has been edited for clarity and length.

Before we talk about your Super Bowl commercial, I understand that this isn’t your first success with viral videos. What was your first experience with video advertising?

Jack Haldrup: Our first video was definitely an inflection point for us. In 2018, we realized we needed to get more invested in video advertising but weren’t quite sure how to approach it. We tapped a branding agency named Raindrop, which had done a lot of traditional branding work with companies like the San Diego Symphony, to figure out the right approach with us.

Given our limited budget at the time, we thought, how can we get the most out of a single video? The first thing we did was deconstruct some of the popular viral videos at the time. When you look at those, you realize there’s a certain formula and story arc, so we worked to translate what that meant for our own brand. It was also a great opportunity to take the brand vision that was in my head and bring it to life through video.

We spent about $15-$20K on one video, which gave us a huge return on investment considering what we spend on videos today.

It was a fun, organic process that was really formative for the company. From the first video, we’ve been able to refine and improve our method to get even better, with the same elements—even down to using the same two actors in a lot of our content.

Haldrup: Yeah, it went “viral.” And what that means is we were able to be really efficient in the ad dollars we put behind it. We could continue to spend more money on the ads while driving incremental revenue each time.

And in 2018, YouTube was still a pretty young advertising platform so we were really able to benefit from being an early entrant.

Haldrup: [Laughs] Maybe a little bit of both. We felt like we had some advantages based on our experiences in the past, but as a marketer, it also really felt like a big achievement we always wanted to get to.

Josh Friedman: It’s every marketer’s dream to have something like a Super Bowl commercial. We had talked about it in the past but more as a dream or a joke. If you asked me a year ago, it definitely would have felt like a joke, not something we’d actually be able to do.

When did you make the call to go all-in on the commercial?

Friedman: Three or so months before the Super Bowl, we still weren’t planning to do a commercial. But we saw that there was a lot of uncertainty leading up to the game. Advertisers started to drop out because they didn’t think viewership would be as high and that’s when we started to get interested.

With commercials becoming available last minute, we thought we could get a good deal on an ad for the biggest marketing moment of the year. And that turned out to be true.

Even at a reduced cost, how do you justify the spend on something like a Super Bowl commercial?

Friedman: The rationale for why we actually ended up doing this was a few reasons. First, we saw it as a major opportunity to drive brand awareness. Around 100 million people watch the Super Bowl, so you can reach a large, engaged audience in one go.

The second reason was to build brand credibility. It’s definitely more nuanced, but we felt confident that we could lean on it in a lot of different ways from recruiting to new partnerships. The press coverage we were able to get was a big success in this regard, which was exciting for the brand.

Third, we did expect some short-term value from the ad in terms of a sales boost. We already get a lot of traffic to our site, so we didn’t expect a Black Friday level of sales, but felt confident we would see an immediate impact.

Lastly, we believed that a Super Bowl commercial would really energize our team and our customer base and build on the momentum we’ve had as a company.

Haldrup: We also felt like we had an advantage over some of the traditional advertisers because we were able to shoot our content as late as January of this year. We didn’t know whether or not we would use that content for the ad but it was a low risk since we could use it for other advertising.

Traditional advertisers will typically secure the ad spot and then spend millions of dollars on producing the ad. Since we had learned how to approach video content for YouTube and knew what resonated with customers, we had an advantage. We were able to build off of the content ideas that we knew worked and added a twist for the Super Bowl, which ended up working well.

What measurement systems did you have in place for the ad and were you happy with the results?

Ultimately, we were most focused on driving brand awareness and press coverage, both outcomes that we were very happy with. On top of that, we had specific interest from potential retailers and prospective partners following the game, which I think speaks to the goal of brand credibility I mentioned.

Overall, we viewed the commercial as a big success and we're excited to have the opportunity to introduce Dr. Squatch to many more people around the country.

With the increase in web traffic, did you experience any website issues after the ad aired?

Haldrup: [Laughs] It’s funny you mention that. Everyone was texting me about that before the ad, saying “I hope your site tech is good.” And we were saying, well, our site already gets millions of visitors every month and we’re with Shopify, so we’re not too worried.

During the game, I had my Shopify app open the entire time because we didn’t know exactly when the ad would air. When it did air right before halftime, we saw it spike and climb with no website issues at all, which was exciting to see in real-time.

Do you have any advice for up-and-coming brands that might be looking to test into the video advertising space?

Haldrup: For brands just starting to scale, if I was in their shoes, I would be focused on those newer, emerging platforms. That’s where you’ll likely have an opportunity to find unique growth opportunities, and maybe even go viral.

So now that you’ve climbed the Mount Everest of marketing, what’s next for Dr. Squatch?

Haldrup: We really frame our goals in three to six-month timelines. Our next phase is all about putting Dr. Squatch on the map. We’re focused on continuing our growth beyond our existing channels and looking to new ones, like retail and international.

We think that Dr. Squatch is ready to take center stage as a leading men’s personal care brand. We’ve already proven we can grow in the digital space in the U.S. and are excited to help guys lead happier and healthier lives wherever they shop and wherever they live.

Taylor Graham engages with innovative brands to tell and share their stories. Her writing focuses on inspiring direct-to-consumer and retail brands to action through stories of growth and discovery. She is currently a senior marketing manager at Shopify.