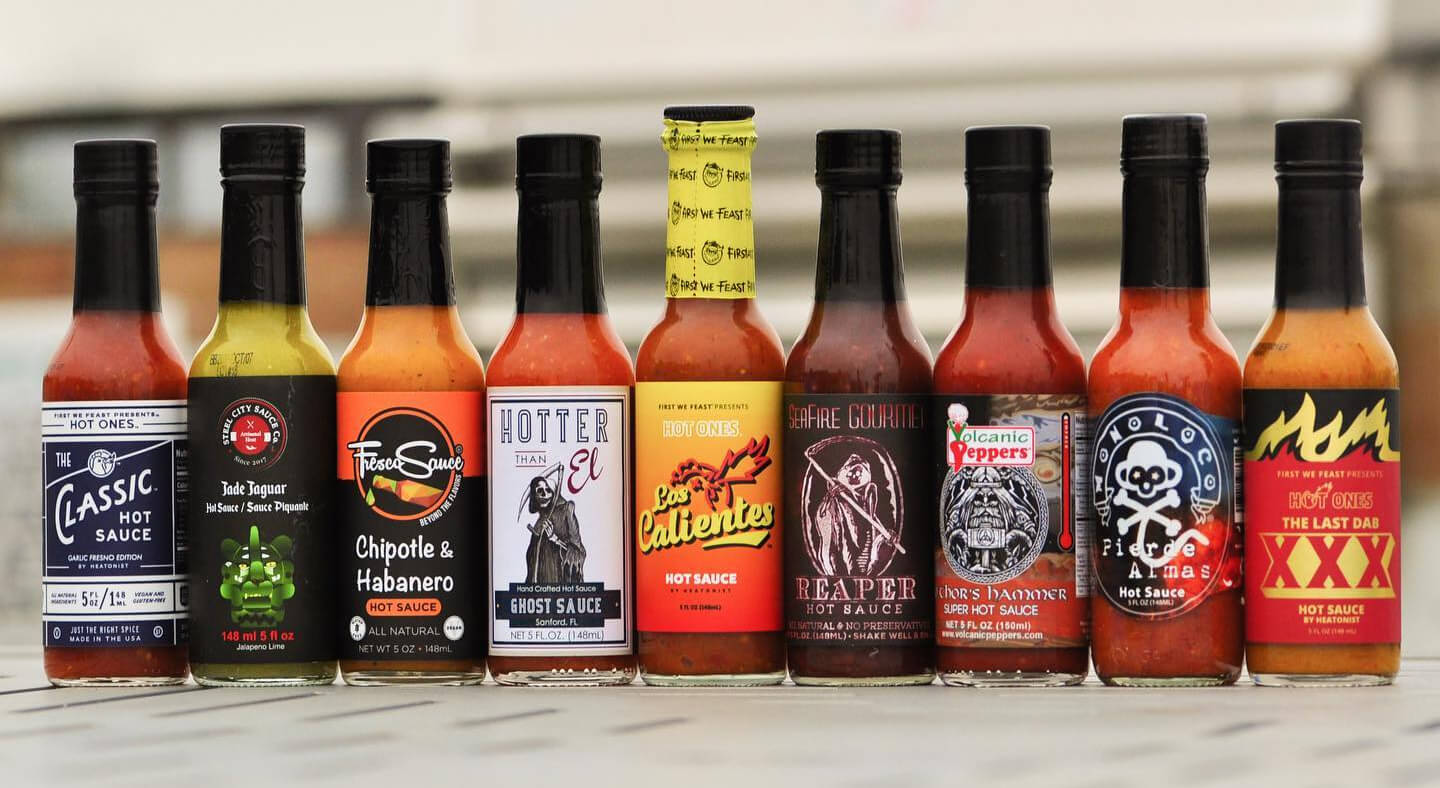 Noah Chaimberg founded Heatonist to share his love of hot sauce with the world. Based in Brooklyn, New York, the company sells small-batch, all-natural hot sauces sourced from independent brands through Heatonist retail shops and its online storefront.

Today, Heatonist is one of the world’s foremost hot sauce websites, featured most prominently on “Hot Ones,” the hit celebrity interview series on YouTube. But during its early growth phase, the company had little success finding a third-party logistics (3PL) provider to reliably handle its fulfillment. With Shopify Fulfillment Network (SFN), Heatonist has enjoyed:

A well-branded customer journey has been a core part of Heatonist’s mission since selling its first bottle online in 2014. In the company’s earliest days, staff even included handwritten notes with each order, and when order numbers grew too large, Heatonist had custom stamps made to simulate the handwriting of everyone in its warehouse.

But after a year and a half, Heatonist was becoming overwhelmed by increasing order volumes, and began looking for a 3PL provider to handle its shipping needs.

Over 2017 and 2018, Heatonist handed over much of its fulfilment operations to two separate 3PL companies in the U.S., but in both cases problems arose almost immediately. Customers began to complain about receiving items they didn’t order, and bottles were being packaged in envelopes without any padding.

To Chaimberg, customer experience could never be compromised, so Heatonist knew a better, more scalable solution was needed for it to reach the ambitions its founder had for the brand.

What we really appreciate with Shopify Fulfillment Network is that our voices are heard. We have influence over how SFN can provide the best overall experience for us and our customers.

When SFN was announced in 2019, Chaimberg’s previous experiences handing over Heatonist’s fulfillment made him wary to try again. But he was happy with his overall experience thus far with Shopify, which had long run Heatonist’s online store and also provided the point of sale system used at the retailer’s two New York City stores.

In early 2019, his team began to explore moving its entire fulfillment process to SFN. “We went to visit all the fulfillment centers across the country,” Chaimberg says. “We knew this would be the time we gave up our own in-house capability. If it didn’t work out with Shopify, the volume we’d be able to handle from our shop in Brooklyn would have just been a drop in the bucket. So we really had to put all our eggs in the Shopify basket and make sure it worked.”

In October 2019—the traditional chili harvesting time in North America, and a sales period bigger for Heatonist than even Black Friday Cyber Monday—the company began transitioning its fulfillment operations to SFN. “We knew a soft transition would be advantageous,” says Chaimberg. “We still ended up shipping our own subscription boxes for two months, so it really gave everybody a chance to ease into things.”

We’ve gone from one fulfillment center to having centers all across the country. That’s a big change for us.

This time, Heatonist found a fulfillment solution that worked. With shipping centers in Pennsylvania, Texas, and Nevada, partnering with SFN allowed Heatonist to guarantee three-day shipping for the first time. Finally, Heatonist could remove a banner that once lived on its website, warning customers of potential delays in fulfillment.

SFN also worked with Heatonist to ensure the presentation of its products met the company’s standards. “Packaging is very important to us,” says Chaimberg. “We sell a premium product, and a lot of the way that people perceive taste and flavor happens in the mind. We want to prepare someone’s mind to have a great tasting experience from the moment they see the package on the doorstep.”

Chaimberg says that while the cost of SFN is comparable to other 3PLs he’s worked with, cost isn’t the only important factor. For example, having dependable, efficient fulfillment has allowed the company to increase its sales volume considerably, and quickly take advantage of any unexpected sales spikes. “For us, performance is a much more important driver, and a much more important outcome, than cost,” he says.

Today, Chaimberg says he finally feels confident the company’s shipping needs are being met in a way that serves the company’s brand, allowing his team to focus on growing other areas of the business.

Working with the team at Shopify Fulfillment Network has been great because it’s given us the confidence to focus on other areas of our business. Before, we were always holding the reins on growth. Now, having confidence on the fulfillment side lets us say, ‘Okay, how do we want to grow this company?

Find out how Heatonist and top brands are breaking boundaries and sales records with Shopify Plus.