Choosing the Right Pricing Model for Your App

From our research, pricing is one of the most important factors in deciding whether to install an app. This doesn’t just mean the dollar amount that the merchant pays—it also includes the frequency at which they are billed and the triggers that relate to charges.

Below is some of the feedback we’ve heard from merchants.

Before deciding how much you want to charge for your app, you need to determine which billing model makes sense for the services you offer. For apps made for Shopify, charges are set up and processed through the Billing API, which has resources that align with the four most common billing models used by app developers These four billing models are as follows.

Since I am selling email templates, I have done a cost analysis and I’m going to charge $25 per template. To charge merchants for each template, I POST to Shopify a $25 one-time charge as soon as a merchant clicks on ‘purchase’ from within my app.

Shopify handles the invoicing and merchant payment and I will receive my 80 percent revenue share once the merchant pays their invoice.

The recurring app charge resource is used by more than 90 percent of paid apps on the Shopify App Store, and is best suited for apps that provide continuous service to merchants.

This resource has the most functionality of any of the billing APIs, as you can set any number of trial days before a merchant is charged, and can set capped amounts for usage charges (more on this to follow).

Most apps using this pricing model offer three pricing tiers. Let’s continue with my earlier example of email templates, but imagine I have now pivoted my business model so that the templates are now free—instead, the number of emails sent on behalf of the merchant determines the pricing.

My app now has three distinct pricing tiers. It’s important that I’m transparent with the functionality of each tier, so merchants know what they’re paying for.

In this example, a ‘free trial’ isn’t necessary because a free tier is offered.

Usage based charges can be added to a recurring app charge for any additional fees outside of the recurring charge. After creating a recurring app charge with a capped amount, app developers can POST usage charges up to the capped amount without a merchant having to approve each individual charge. These usage charges are added to the merchant’s invoice whenever their subscription is due. Shopify is seeing a growing trend of app developers using usage based charges because of its flexibility.

If you are using usage based charges, make it very clear to merchants when and why they are being charged. Consider adding visual indicators, such as a progress bar or other reporting tools, within your app to educate merchants on the amount they have been charged.

"If you are using usage based charges, make it very clear to merchants when and why they are being charged."

Continuing with the example email app, imagine I’ve noticed that some merchants are looking for additional functionality. However, I don’t want to update the app for all users to include these functions, since there is additional support debt associated with this and not all users may need the increased functionality.

In order for me to create usage charges, I do need all of my new and existing merchants to agree to the new charges. To make it simple for all parties, the next time merchants open my app, they will be required to accept new charges. If the merchant hasn’t opened the app, I will continue to support my old billing model until they do.

Application credits provide merchants with credits (not refunds) for future app purchases. They can be used to reimburse merchants for errors in billing, offer discounts on plans, or as general goodwill gestures. Remember that the app has to be installed on the store and you must have equal or greater pending payouts to offer the merchant a credit.

To apologize for this issue and keep merchants happy with my app, I can use the Application Credit API to credit the merchant their monthly charge. The customer receives a credit for 100 percent of the charge; I lose 80 percent and Shopify remits 20 percent.

Of course, it is possible for you to use a combination of the resources listed above. For example, you may need to use the recurring and usage charges resources to bill merchants for a monthly fees plus any other incidental fees.

One successful Shopify app developer, Josh Enzer, used this approach to simplify the pricing model for his Swell app.

“When we decided to work with the Billing APIs, we realized that we needed to radically simplify our pricing structure; we had 10+ pricing tiers depending on usage, and would automatically upgrade/downgrade the customer as they floated in and out,” Josh said. “When we began using the Billing APIs, we went down to three tiers, where each tier consists of a base recurring charge plus usage within that particular tier. In retrospect, our streamlined system is much easier to understand for the customer, and was a positive step forward for the business.”

In retrospect, our streamlined system is much easier to understand for the customer, and was a positive step forward for the business.

The four resources that make up the Shopify Billing APIs allow app developers to efficiently and effectively charge merchants for apps. One-time charges, recurring charges, usage charges, and application credits can be used individually, or combined together to cover the various business models used by Shopify app developers.

When you decide on your app’s business model, plan for how you can use these resources to make billing simple and worry-free for your users. The merchant experience is critical in attracting and encouraging merchants to pay for your app.

Have you recently changed your billing structure and app business model? Let us know in the comments below! 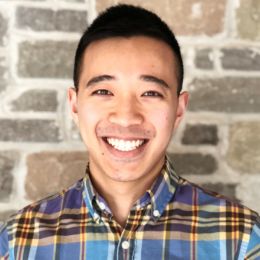